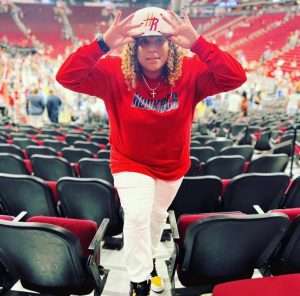 Musician, DJ, Motivational Speaker, Mentor and basketball aficionado; Mariah Maverick
defied the odds that were stacked up against her. Growing up in two separate homes, it was
challenging for her to find her identity somewhere between the grip of her dad's strict
and religious parenting and the leniency that she found with her mother who struggled
with addiction and suicidal ideations.
Discovering a talent for basketball, Mariah excelled and dreamed of playing in college and ultimately in the WNBA. A severe ankle injury was the beginning of a downward spiral where she dropped out of high school, abandoned basketball and pacified her disappointment with reckless behavior including drug use and drug distribution. After a turn of events, Mariah returned to school where she was relentlessly pursued by a basketball coach who recognized that though Mariah left basketball, basketball never left her. She went on to lead the team to many victories while earning her diploma. Mariah is now the Co-founder of "Project Hoopers" where she works alongside, Founder-Matthew Smith. They use basketball as a platform to reach and teach at-risk youth life skills that will help them to also defy the odds. 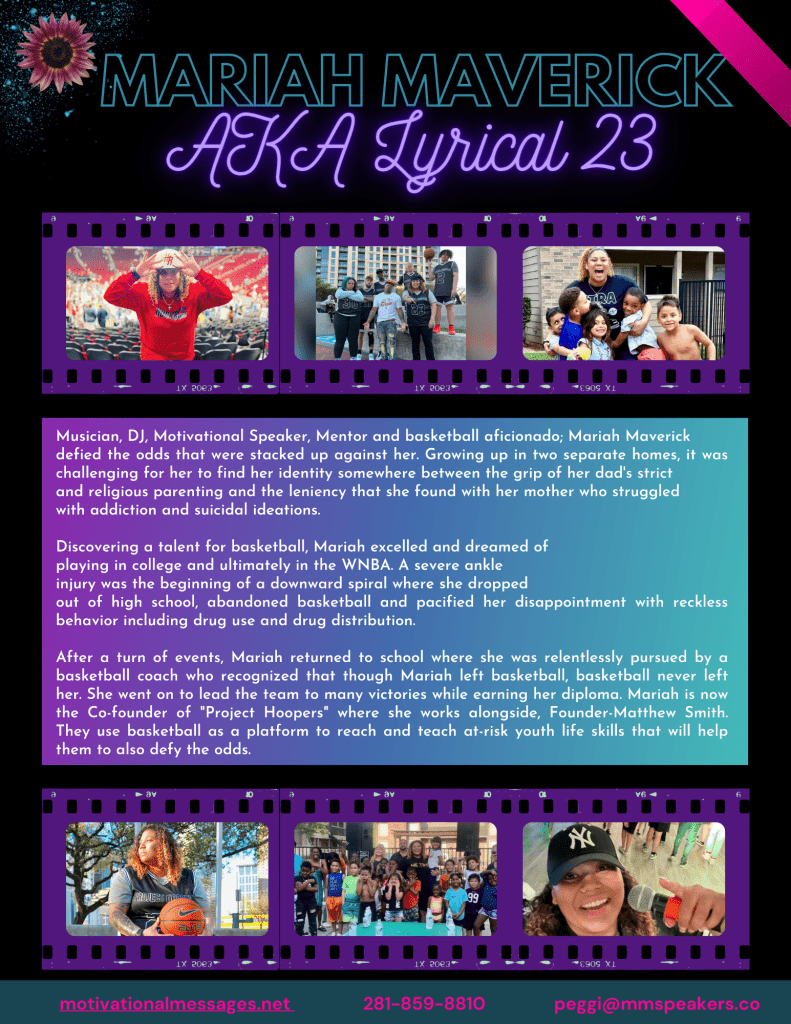