Gifted was born on the West bank of New Orleans and began approaching the stage at a very young age. He had many obstacles in his life to overcome, which were addictions and being in trouble with the law. He stepped in front of his brother and received a bullet shot to the face. Soon after, he realized that he had to have his life turned around. Gifted then began using his gift of music to spread a dynamic message of love and hope throughout the nation with a strong concentration on the youth of today. 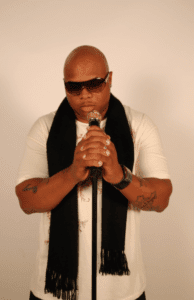 -Music has debuted on “The Hype,” the world’s #1 Christian Rap Radio Show

– Syndicated to over 250 stations

– Featured artist and writer on over 50 released albums, most notably Bishop

-Has performed and shared the stage with Yolanda Adams, George Huff, Lecrae,